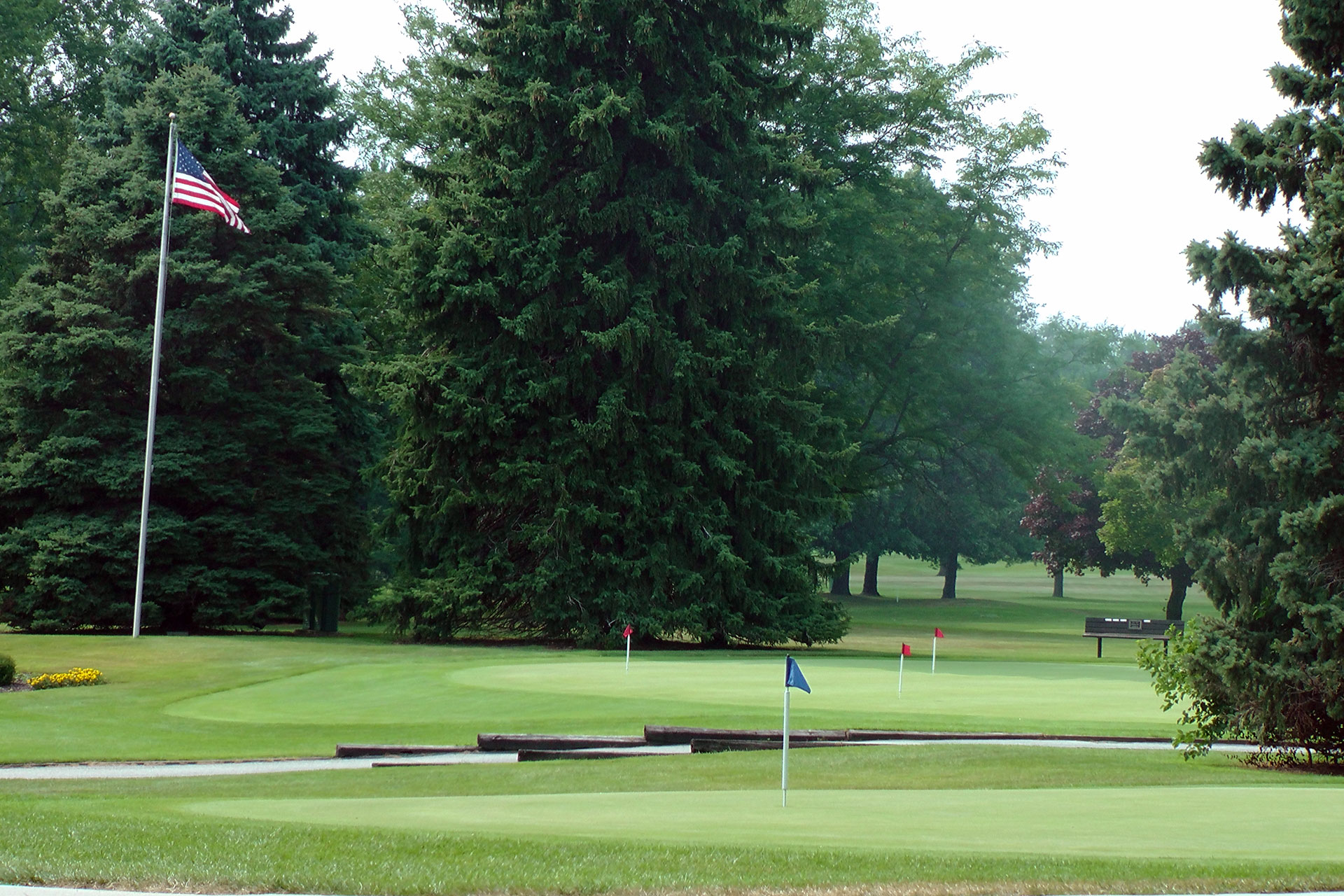 The dream of a golf course and country club for Goshen was tucked away in the minds of several men, but the guiding spirit bringing the course to reality was Don Perri, long-time area golf professional, would become the club’s first pro.

In the winter months of 1960, Don saw the Holderman farm on Hackett Road north of Goshen and his golf course dream became more vivid.  He took a 30-day option on the acreage, had an agronomist look at the land and began to approach friends with his plans.  Amzie Miller and M. C. Cripe were the first to join with Don, spiritually and financially.

The men spearheading the idea of a golf course during those first months spent many hours contacting potential members; amid rumors that Goshen’s golf course would never be built.  These three men were successful in recruiting new members. The land was purchased and the club was incorporated in April 1960.  Some additional land, the Wills property, was also purchased.

During this time a contest was held to get ideas for a name for the new golf course.  Emile Tassin, and employee of Penn Controls, came up with the perfect name, Maplecrest.

The first board of directors were Don Perri, Amzie Miller, M.C. Cripe, Harold A. Schrock, Jay Ellinger, Don Yoder, Hubert Kirkdorfer Jr., Ray Troyer and Dr. Carl Hostetler.  Frank E. Yoder served as attorney and was the first secretary of the board.

In June, 1960, the new Maplecrest members gathered under the tree that became a favorite visiting spot for many members, and saw a large color lay-out of the course.  At the time it was hard to visualize the rocky, swampy land as a beautiful green course.

The monumental task of building the golf course began and many of the early members physically helped clear the land, picking up rocks and putting them on a truck bed for removal.

On July 4, 1961 the first nine holes of Maplecrest Golf Course, the present back nine, opened for play with 200 golfers teeing off.  The first golfers found a dummy hanging from “the apple tree.”  Board member Ray Troyer had won a battle with some other members who wanted the tree removed and for many years the apple tree and its fall apples were on of the members favorite hazards at Maplecrest.

In March 1962, the second nine holes opened and with an 18-hole course playable, activities began at Maplecrest.  Men’s tournaments were organized and ladies day play started with Gladys Anderson serving as the first president of the ladies association.

At the end of the first active year for the club, Don Perri retired as the professional.  In 1963 brought the inimitable Mickey Higgins to Maplecrest as professional, a post he held through the 1971 season.  These years were polishing years for Maplecrest as the kinks were removed from the course and more hazards such as sand traps were added.